A Brief History of the Diocese of Jowai

The Jaiñtia Hills situates in the East of Khasi Hills, North of Bangladesh, west of North Cachar Hills and South of Karbi Anglong. Its capital town is Jowai which is 64 KM away from the State capital Shillong and comprises an area of 3,819 sq.km.

Jowai was the political and commercial Centre of Jaiñtia Hills since the British rule in India. From former times the Jaiñtia Hills did not belong to the territory of the Khasi Hills and were not also under the Khasi kings. They had their own administration under the Jaiñtia kings who resided in a town called Jaiñtiapur in Surma valley. The British captured Jaiñtia Hills in 1835 and collected regular taxes like land tax and property tax. In 1860 the property tax was changed into House tax. Again in the same year the British introduced the income tax and taxes on fish and on trees. With that imposition the people revolted in 1862. Their superiority in arms enabled the British to control the Jaiñtia people in 1863 after 15 months of fighting.

The Jaintia Hills are situated in the east of the Khasi Hills. It is divided into 12 independent Elakas under 12 chieftains. The people share common heritage with the Khasi people like the customs, family tradition and religion. They differ in dialect, dress and land system. The British left the organization of their tribal life to the Dolois – the native chieftains. The Dolois are helped by the village Headmen and Village committees. They are very much democratic in their organization.

The first contact with the Christian missionaries began in 1891 when a delegation came from Raliang to the Administrator Apostolic in Shillong walking for 15 hours. They made an earnest request for the missionaries to visit them so that they could learn about the Catholic religion. The Mission Superior went to Raliang in December 2, 1892 and reached Raliang on the following day. 30 people received baptism on this first visit. With that zeal of the people the Mission Superior decided to open a mission station there with Fr John Gruchot SDS and Fr Thaddeus Hoffmann SDS as the first residential missionaries. From then on the number of baptism continued to increase from time to time. After 5 years the number of Catholics in Raliang went up to 150. By 1896 the Salvatorian Sisters joined the Salvatorian priests at Raliang. In December 24, 1900 the first church dedicated to the Immaculate Conception in Raliang (today in Madankynsaw) was blessed by the Administrator Apostolic of the Mission. In 1901 a mission station was opened at Lamin in extreme south of Jaiñtia Hills.  Fr. Marcus SDS was the first priest of this station. In 1900 Thangraiñ village welcome the Catholic Church. In 1911 a Sub-station of Nongbah was started, and towards the end of the year it was separated from Raliang, and became an independent mission Centre. By 1914 the number of Catholics in Jaiñtia Hills was 255, catechumens 70, three elementary schools, three Catechists and three catholic communities. The German Salvatorian missionaries were given farewell on 14th November 1915 as they were expelled from India by the British Government.

In 1922 the Assam mission was taken up by the Salesians of Don Bosco, and they reached on January 12, 1922 under the leadership of Fr L. Mathias who became the first bishop of Shillong in 1934. They continued the mission centre at Raliang and started a new one in Jowai in 1923. They suppressed Lamin and Nongbah due to paucity of personnel. Jaiñtia Hills remained with these two centres, Jowai and Raliang  until 1976. As it was under Shillong, the development was concentrated in Khasi Hills alone. The Government too even after Independence Jaiñtia Hills was not developed. The cry of people for development demanded a bifurcation of Shillong Archdiocese since 1970. It was materialized only in 2006 when Pope Benedict XVI erected the Diocese Jowai on 28th January, 2006 and appointed Fr. Vincent Kympat, as its First bishop. He was ordained bishop by Nuncio Most Rev. Pedro Lopez Quintana on April 2, 2006 in Shillong, and took possession of the Diocese on April 3, 2006. At the time of taking possession there were 10 parishes, Catholic population 65,095 out of 295,229 total population, 7 Diocesan priests, 10 religious priests, 2 religious brothers and 40 religious women.

Now in 2015-2016 the Diocese of Jowai has 14 parishes and 24 convents, 1 Retreat Center, 1 Seminary, and 2 men institutions including 1 Technical School. The Catholic population reaches 88,013. The number of diocesan priests is 16, religious priests 22, religious brothers 4 and religious women 70.

The Construction of  Bishop’s House was completed and blessed in March 22, 2009 in the presence of  thousands of people, priests, religious and five bishops. However, after nearly six years of moving forward the Diocese was deeply shocked on the fateful afternoon of July 30th, 2011 when we suddenly lost our Beloved Pastor who Pioneered in bringing about this change in our Beloved hills of the Jaiñtias; Most Rev. Vincent Kympat had a massive heart attack and quietly went to his creator without a word to anyone in the Bishop’s House. Thousands and thousands of people flock to the Bishop’s   House to pay their last homage and farewell to this great missionary before his mortal remains are laid down in the Cathedral of St. Theresa of Lisieux in Jowai. On the 10th of August, 2011, Rev. Fr. Hilarius Lamare the Vicar General of Shillong Archdiocese was elected and installed as the Diocesan Administrator of the Diocese. On the 17th February, 2014 Most Rev. Thomas Menamparampil, SDB, DD came to Jowai Diocese to be its Apostolic Administrator. 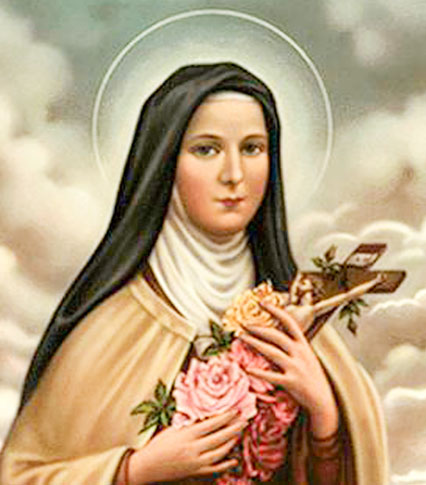 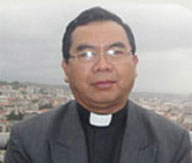